Roy has now completed several years of editorial collaboration with Jeff Blackstock on Jeff’s extraordinary memoir, Murder in the Family: How the Search for my Mother’s Killer Led to my Father. This is the story of how Jeff’s father, scion of a wealthy Toronto family and a career diplomat in Canada’s foreign service, progressively poisoned his beautiful young wife, Carol, when the family was posted to Buenos Aires in 1959. With the collusion of government, medical and police authorities, he was able to cover up the murder, remarry a year later, and enjoy a successful career. In Murder in the Family, Jeff reveals the ingenious web of his father’s deceit, which he and his sister spent years untangling before confronting him with their evidence. Their father died, nonetheless, a free man.

Murder in the Family will be published by Penguin Random House Canada in September 2020. Plans for a podcast and television series based on the book are in the works.

Roy is now returning to work on The Cure for Love, his historical novel about the early private life of Canada’s first Prime Minister. Previously titled The Secret History of John A., the manuscript is a prequel to Roy’s highly praised 2007 novel, Macdonald, named a Globe and Mail best 100 book of the year. Find more information about Macdonald by clicking on the cover image at right.

During the current pandemic, Roy is living quietly with his wife, the painter Suzette MacSkimming, in their new home in Perth, Ontario. They’re enjoying the time to create, take daily walks around the neighbourhood, and reconnect with friends, family and themselves.

“Wilfrid Laurier: It’s Complicated.” Roy is interviewed by Library and Archives Canada for a podcast about Laurier’s romantic life – his marriage to Zoé Lafontaine and his love affair with his law partner’s wife Émilie Lavergne. Readers can listen to Podcast 032 on the Library and Archives website, www.bac-lac.gc.ca/eng/news/podcasts/Pages/podcasts.aspx, or go there to read the interview transcript. With links to photos and other Laurier material. 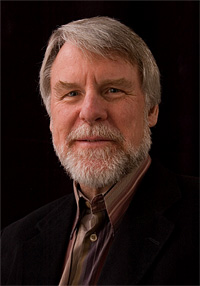 Roy is the author of eight books, including four novels.

Click on the covers above for information and historical background about Roy’s most recent novel, Laurier in Love, and its companion volume, Macdonald.

For information about Roy’s other books, his biography, contact information, and sites related to his books, click on the links at the top of this page.