After four years as a trade editor with Toronto book publisher Clarke, Irwin, Roy started New Press in 1969 with fellow writers James Bacque and Dave Godfrey. Together with the House of Anansi and other presses, New Press led a Canadian publishing renaissance in the 1970s, co-founding the Association of Canadian Publishers, which lobbied successfully for government policies to strengthen the publishing industry.

When New Press was acquired by General Publishing, Roy became books editor, literary columnist and publishing reporter at The Toronto Star. He later moved to Ottawa to work with the Canada Council for the Arts, administering policies and programs for book publishing. He also served with the Federal Cultural Policy Review (Applebaum-Hébert) Committee as a policy advisor.

Roy’s involvements in book publishing, journalism and cultural policy led to a career combining arts consulting with writing. He now lives in the countryside near Perth, Ontario and writes full-time. He is the author of four novels and three works of non-fiction. His early novels Formentera and Out of Love were translated into French. He has also co-authored the self-help title On Your Own Again with Dr. Keith Anderson.

Roy is married to the artist Suzette DeLey MacSkimming. They have two sons and four grandchildren. 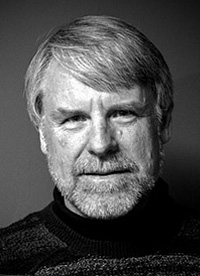